Failure Is Not An Option….Or Is It?

When the #2 oxygen tank on Apollo 13 exploded, the spaceship with its 3 crew is left crippled on the other side of the moon. With diminishing power, heat, water and oxygen supplies, the best and brightest at NASA ground control are working frantically against the clock to get them safely back to earth. They’re establishing manual course corrections for a direct abort trajectory,  improvising makeshift repairs to the carbon dioxide removal system using cardboard, tape and plastic tubes, and figuring out how to safely power up the module to re-enter the earth’s atmosphere. It’s literally life or death, and Flight Director Gene Kranz utters those famous words – ‘failure is not an option’

Most of us aren’t dealing with life or death situations, but once we experience what feels like the psychological death that we can easily associate with failure, we spend the rest of our lives trying to avoid it at all costs. But can failure be helpful?

As a downhill ski racer, and member of the Australian Disabled Ski Team back in the 1990s, there was a saying – if you don’t fall, you’re not trying hard enough. I fell lots! But as a professional, as a leader, as a human being trying to do my best in life, I can be terrified of failure, and it often stops me trying. The anticipated psychological harm feels so much worse than the frequent and  inevitable bruises and bumps I got racing at speed down a hill with limited vision.

Leaders need to be able to fail so they can push themselves and their organisations beyond the limits of what they know, think and do. But it’s hard, because you have to over-ride the internal safety regulator that clicks on the moment we sense the potential for even small failures, and you have to be willing and able manage the biases, judgements and expectations of others around what it means to fail.

So, if you’re not sure if a project will succeed, and there’s valuable learning in giving it a red hot go, here’s some suggestions to help make failure an OK option:

Fail Fast
Get on to it quickly – drawing it out might put off the pain, but prolonging the agony or uncertainty can be unsettling for you and the team. If something isn’t going to work it might be better to know that quickly so you can recover and move on.

Fail Small
There’s no point in risking everything – start with a pilot, a short trial, a low risk part of the business, or with a group of early adopters, and see what happens. You can better manage any risk, and if it doesn’t work out, you’ve minimised the fall-out.

Fail Soft
I used to dread training on days when the snow was packed down hard as ice – I’d hold back just that little bit more, attempting to avoid at all costs, a fall that felt like landing on concrete. Training on softer snow meant losing some of my fear, and being able to push myself to the edge of my limits. What are the conditions that make it easier for you to fail with a soft landing? For example, pick your timing – maybe don’t try something risky until market conditions are relatively stable, or wait until the new merger is bedded down.

Fail Safe
Nothing is ever really fail-safe. Human beings are not perfect, accidents happen, the world works in mysterious ways. We can’t control our environment or each other as much as we think, or as much as we’d like. So let’s get used to things not working out in the way we’d hoped or planned, and be OK with that. That means shifting how we view our own failures, and it also means as leaders, we need to make it safe for others to try and to fail, by encouraging creativity, appropriate risk-taking, and a mindset of experimentation. Reward staff for taking a risk, protect them if it doesn’t work out, and institutionalise a process to tease out and share learnings from failed projects.

So learn to fail by failing fast, failing small, failing soft, and failing safe. But learn from what you did and didn’t do, from what happened and didn’t happen, from what went well and not so well, and recognise that this is the only way we make progress, as individuals, as leaders and as organisations. It turns out that failure is, after all, an option. 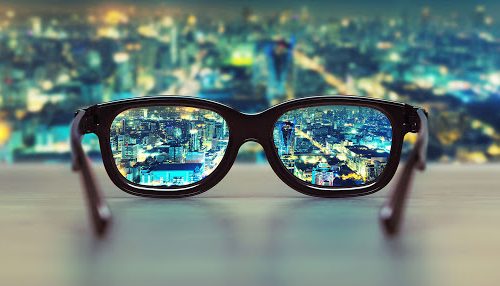 Emotion – No Longer the Poor Cousin